Last summer, my cousin Marcus started up a Minecraft server and me and my cousins have been playing together on it for a while. I haven't been on that much lately, but I thought I would share some of my creations from the server. This is a survival mode world, so all of these resources were got the good old-fashioned way!

First we have the PvP arena, where minecraftians can battle to the death! This was built mainly by me and Michael, of CPR2 fame. The wooden bridge heading off to the right is the minecart track to Ocelot Island: 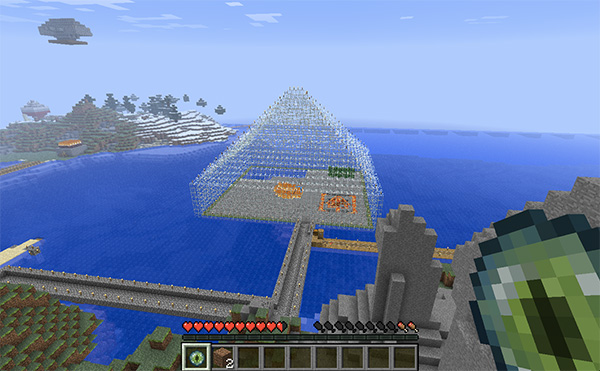 Here we have the tracks to Ocelot Island: 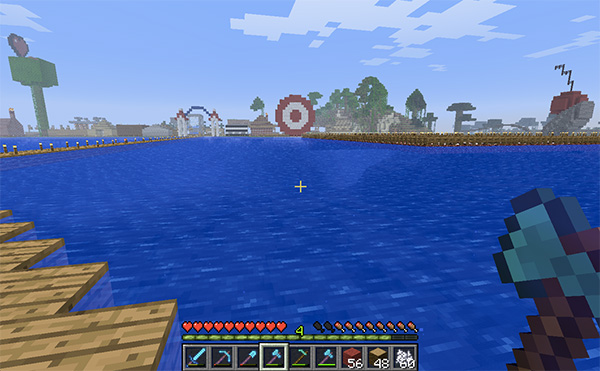 The entrance to Ocelot Island. The gateway is modeled after the one on the boardwalk in Ocean City, MD: 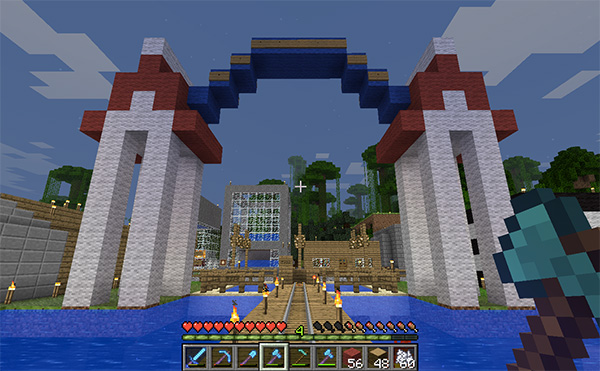 Here is a sculpture of the Spoonbridge and Cherry from the Minneapolis Sculpture Garden: 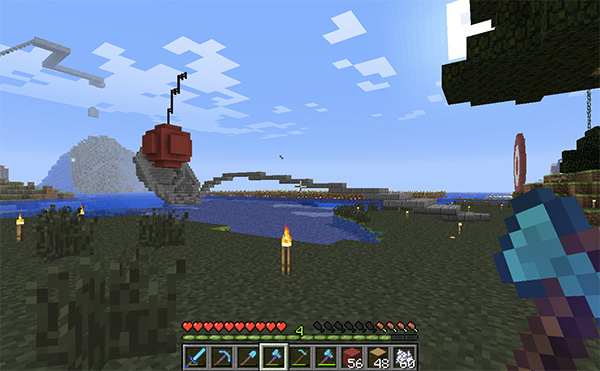 Here is an aerial view of Ocelot Island, standing on top of the tree with the heart on top of it that you saw as you came in. The Spoonbridge and Cherry is past the target, just out of sight: 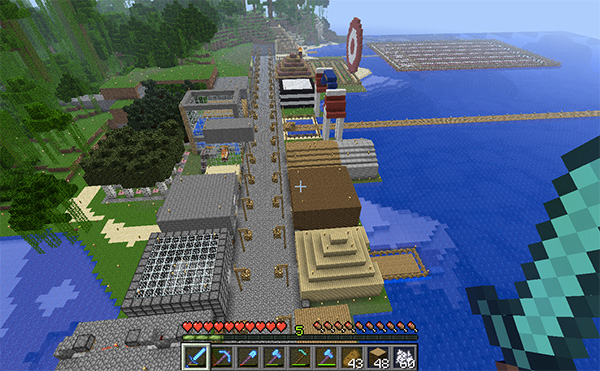 The street from the left side looking right (you can see the trunk of the tree that the previous picture was taken from): 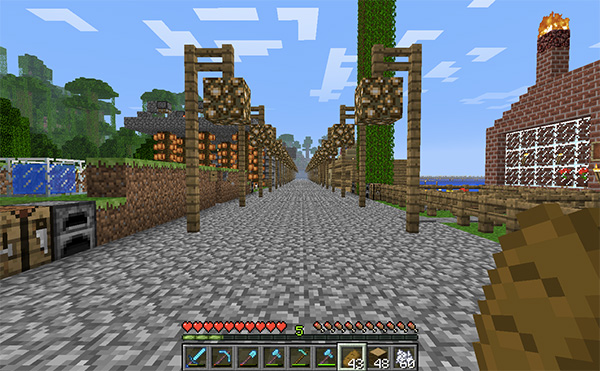 The street from the right side looking left: 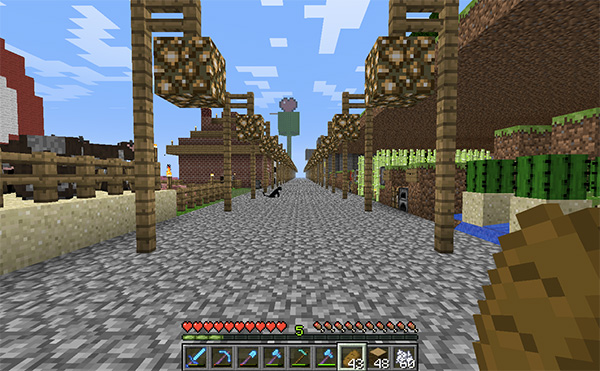 The 50m Saddled Pig Dash! Redstone is hooked up to lower all of the gates at the flick of a lever that's in gate 1. The chest is full of carrots on an stick to control the pigs with: 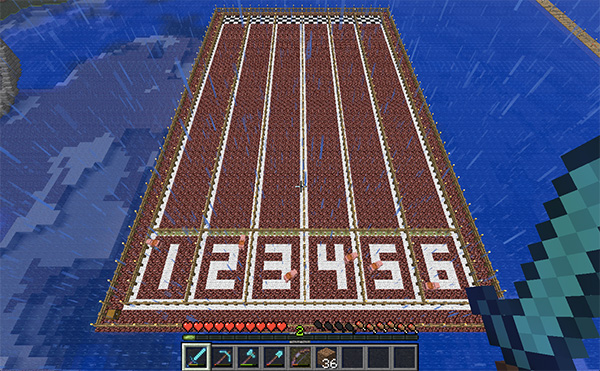 Dyed sheep farm (looks like some of the pink and magenta sheep snuck over into somewhere they ought not be): 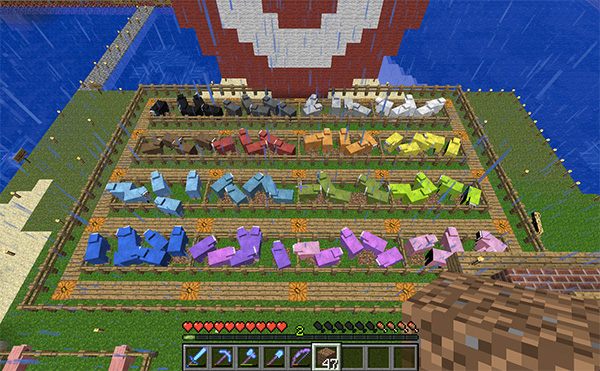 Ocelot Island is home to many things, included but not limited to: semi-automatic wheat, pumpkin, watermelon, sugar, cacti, cocoa bean, carrot, and potato farms, oak, birch, and spruce tree farms, a pig and cow farm, a dyed sheep farm, a bank, a library/enchantment room, an automatic chicken cooker, a mushroom dungeon, a skeleton spawner trap, an armory, a forge, a bakery, a jail, a potion shop, a record shop, a bait & tackle shop, a farmer's market, a pet shop, a flower shop, a 50m saddle pig dash, as well as entrances to several mines.

There are also underground tunnels that connect together different areas that others have worked on, there's quite the system down there.

Anyways, it's been a lot of fun! Hopefully I'll be back on to build some cool new things soon. Hope you enjoyed the pictures!