I've been using Bing as my default search engine for over a year now. I must be crazy, right? Who uses Bing? People always love to hate on Bing, and constantly treat it as a joke. Why? I guess because it's "not Google", or simply because they haven't even tried it. When I tried it, I too was a little reluctant at first, but here are a few reasons why I stuck with it. 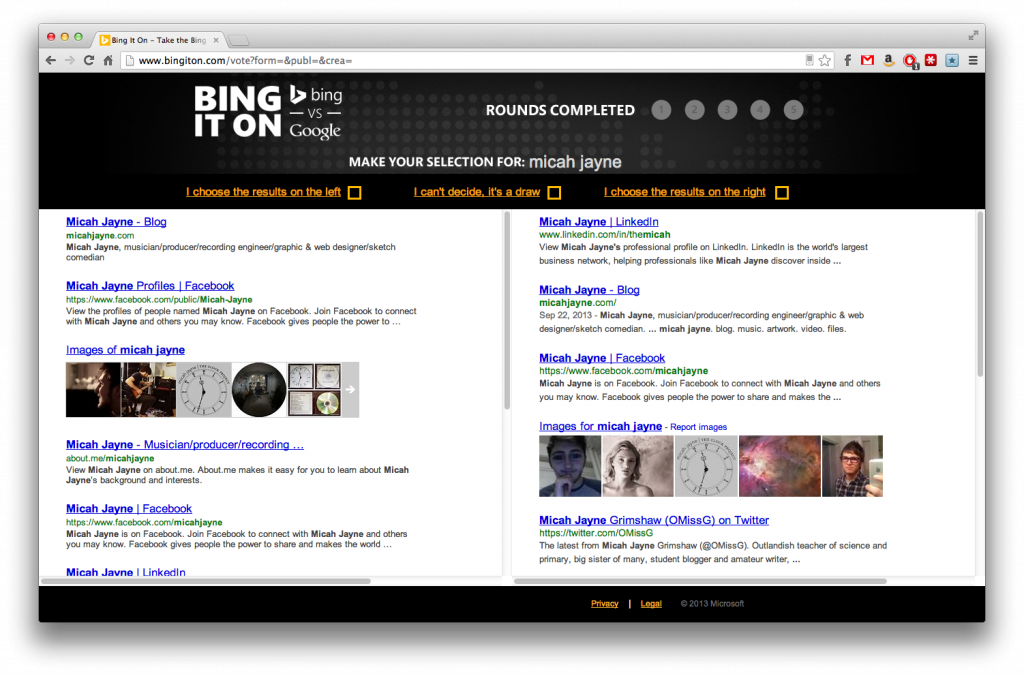 Bing on the left, Google on the right

Try it. Seriously. You might be surprised. I tried it again just now as I write this, and 4/5 times I chose Bing. Very rarely does Bing not give me the results I'm looking for. 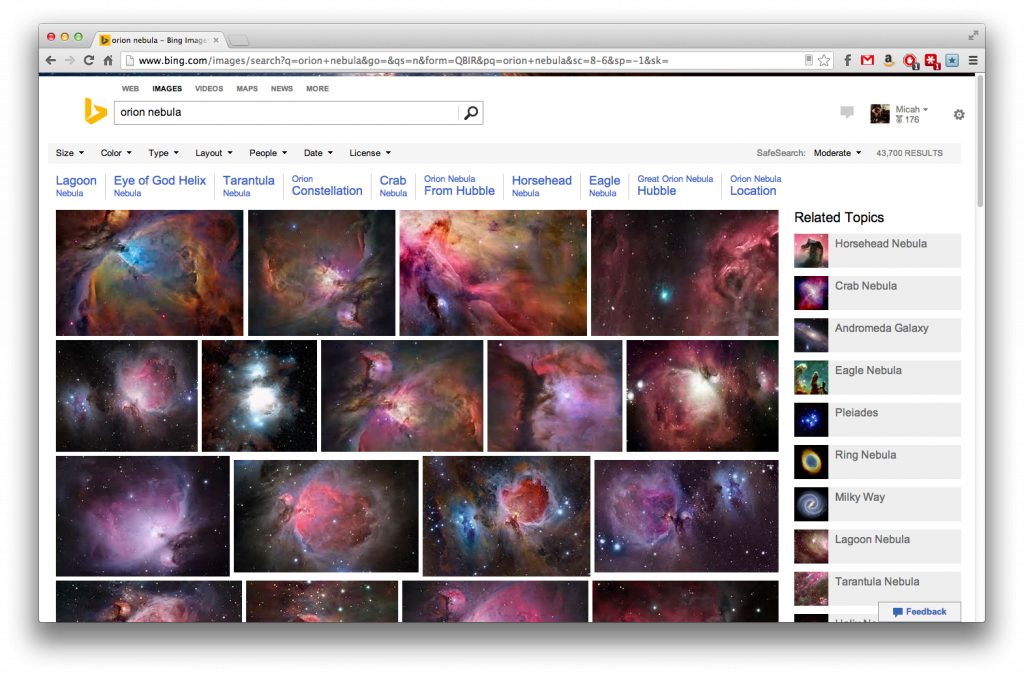 Bing had the endless scrolling of images long before Google did. Google eventually added this functionality, but there's a big problem with it. As you scroll down, on Google, you have to scroll all the way back to the top to do another search. On Bing, all you have to do is scroll up just a little bit and the search bar pops up. Try it!

One advantage Google does have over Bing though is the ability to search by an image. I'll use this occasionally and it's great if you're looking for a higher resolution version of a picture. 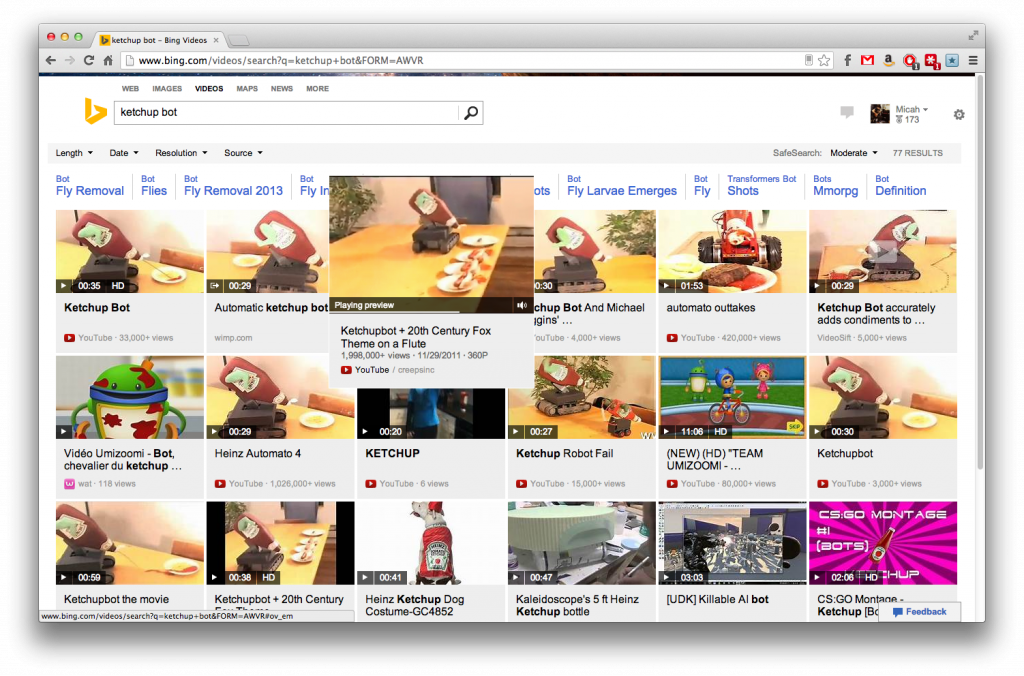 Video searching is one feature that's way better on Bing. All of the results show up as thumbnails, and in most cases you can even mouse over them and it will start playing an excerpt from the video. 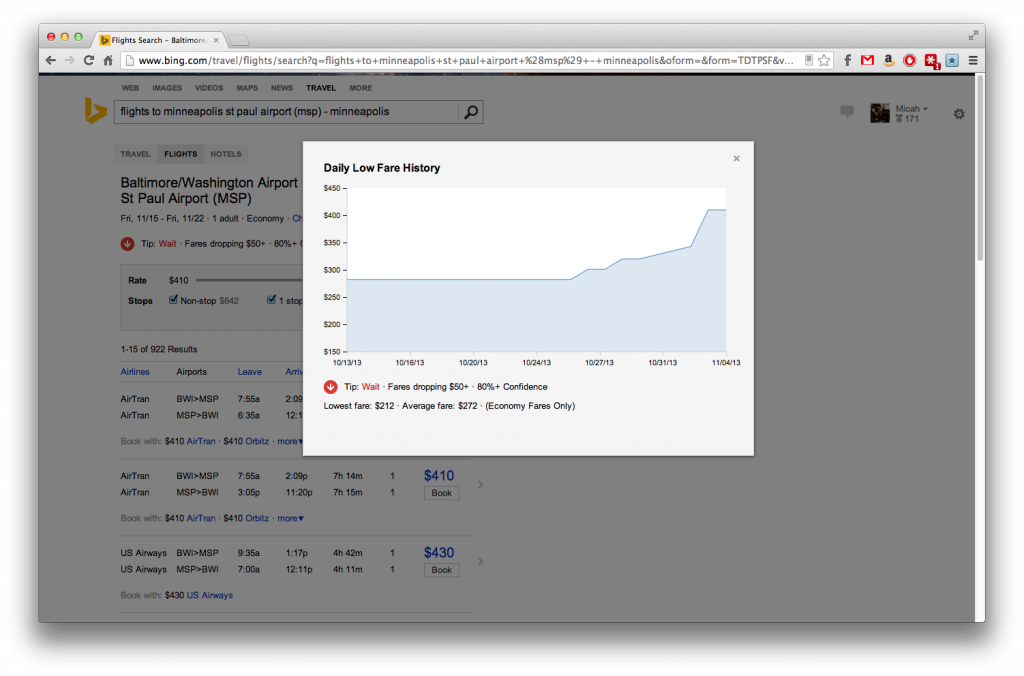 This is awesome. Search for a flight and Bing will give you a price predictor, telling you whether or not you should buy now or wait a few days. I've used this several times, and it works great. 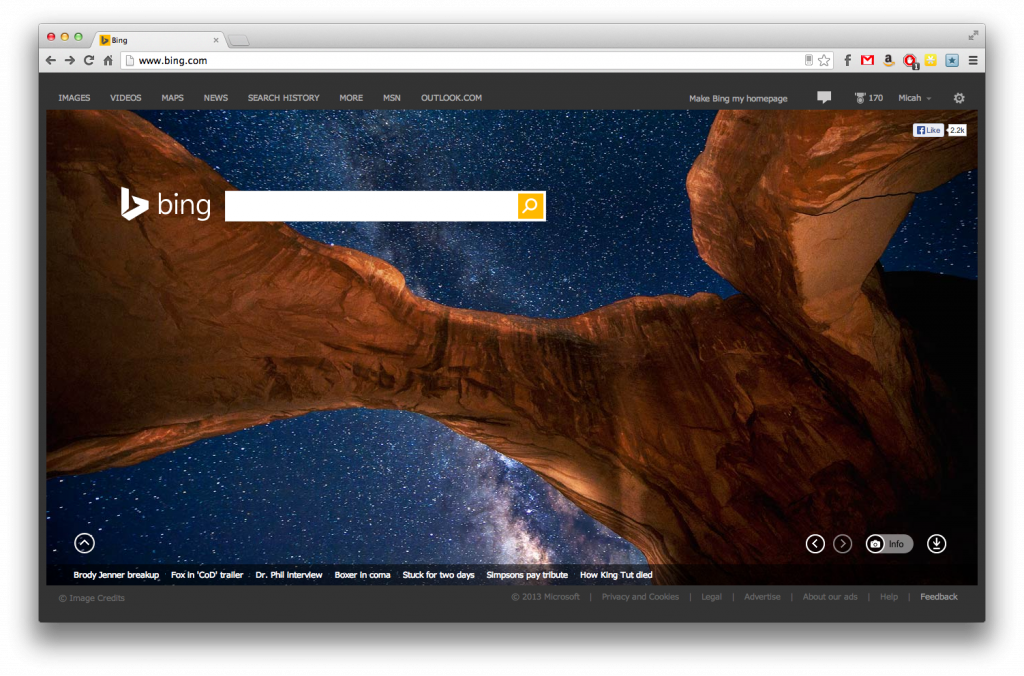 I think even people who don't use Bing can admit that the Bing homepage is awesome. A beautiful new picture everyday, filled with squares you can mouse over to learn more. 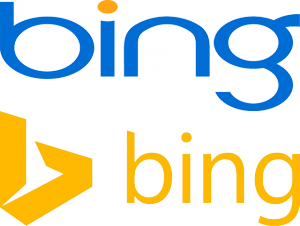 When I first started using Bing, probably the thing that annoyed me most was the logo. I thought it looked terrible, and unnecessarily stretched out. I am happy that the logo has recently seen a refresh, and I like the new one much better now. 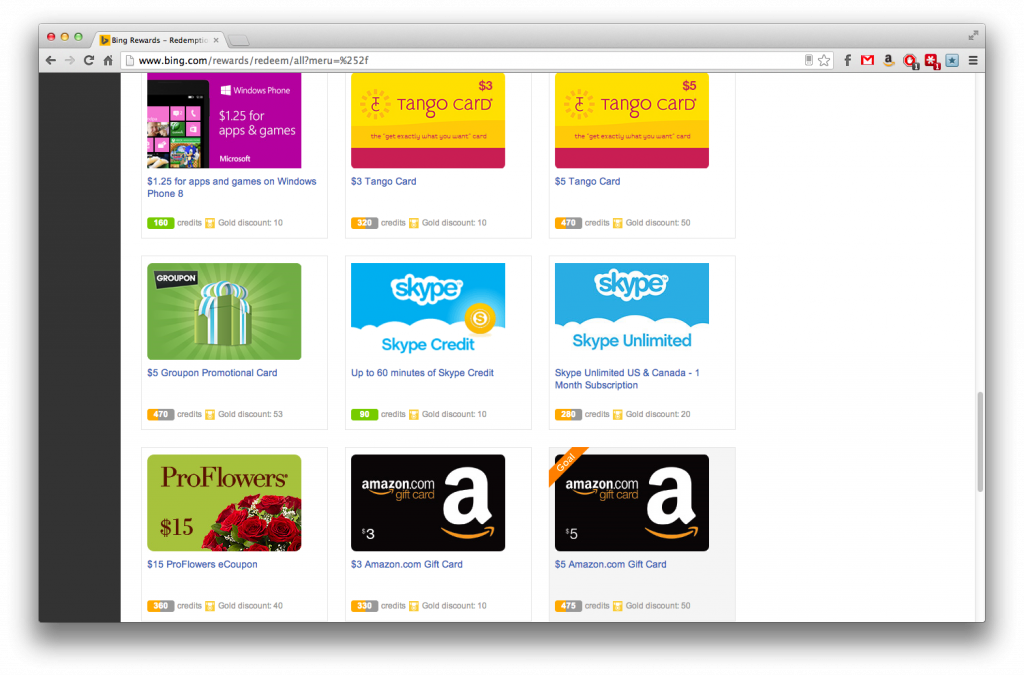 Just a few of the available rewards

This is the big one, and the reason I decided to give it a try in the first place. Bing pays you to use it. So far I've earned $50 worth of Amazon gift cards, just for using Bing. Do searches and you'll earn credits. You get 1 credit per 2 Bing searches, up to 15 a day. It doesn't sound like much, but they add up fast. There are occasionally other opportunities to earn extra credits as well. You can then redeem these credits for various rewards such as gift cards or subscriptions. I can get a $5 Amazon gift card for 475 credits, which takes about a month. This program may not last forever, but it's been over a year and it's still going strong. Even if it were to end now though, I don't think I would switch back to Google, as I've come to prefer Bing.