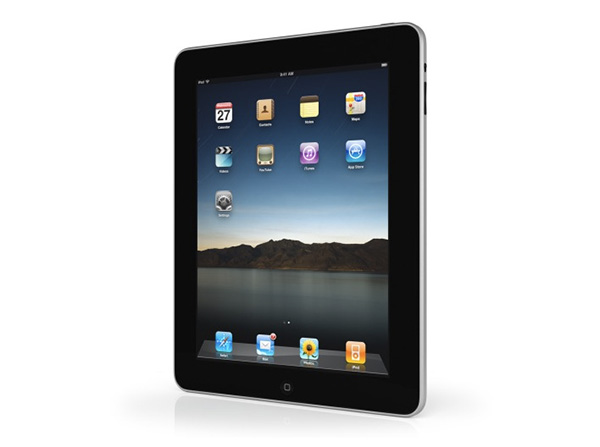 “The range of jokes that we can make about the iPad is as wide as the useless piece of **** itself” (Agi, 2010). Its unwieldy size does make it quite the target for ridicule. It also seems a bit of a digression to have a fullscreen device after we all have seemed to migrate towards widescreen resolutions. This, of course, is accompanied by its lack of flash support, multi-tasking, replaceable battery, expandable memory, camera, video output, and USB ports. Jony Ive, Senior Vice President of Industrial Design at Apple boasts:

You know, it’s true when something exceeds your ability to understand how it works, it sort of becomes magical, and that’s exactly what the iPad is. It’s hard to see how something so simple, so thin, and so light could possibly be so capable. (Apple, 2010)

Though what is so “magical” about this oversized iPhone - minus the phone, that is, - and what exactly is it capable of?

Apple brags on its “unbelievable…price…that’s well within reach” ("iPad pricing," 2010). The prices range from $499 for the 16GB Wi-Fi version up to $699 for 64GB ("iPad pricing," 2010). For the Wi-Fi + 3G version, the price starts at $629 for 16GB. If one wants the 64GB Wi-Fi + 3G capable version, they will be shelling out a cost close to that of a new MacBook - $829 ("iPad pricing," 2010). Going for the 64GB version is not such a bad idea either, considering there is no way to expand the memory space in the future. These prices on the 3G models do not, of course, include the data plan required to use the 3G capabilities, which is sold separately ("iPad pricing," 2010). According to an analysis done by Brian Marshall of BroadPoint AmTech, the cost of production for the 16GB Wi-Fi version iPad is only $270.50 (Keizer, 2010). This includes both the cost of parts, as well as labor (Keizer, 2010). After factoring in another $20 for under-warranty service costs, this brings in Apple a 42.9% profit margin (Keizer, 2010). Interestingly enough, however, the only cost difference between the Wi-Fi and 3G versions is a mere $16 (Keizer, 2010). This brings the profit margin up 9 percentage points to 52% on the 3G 16GB model (Keizer, 2010). The price is still rather modest compared to some of Apple’s other products. Is the price justified for what it can do, however? How does it stack up against its competitors - other tablets as well as netbooks and e-readers?

“The iPad is the best way to browse the web,” says Scott Forstall, Senior Vice President of iPhone software (Apple, 2010). In order to achieve this, however, flash support is needed. Otherwise, you cannot experience the entire web, and it is not the best experience possible. An aspect ratio of 4:3 also limits your viewing range. Along with web surfing, Forstall also claims that “[the iPad] is an unbelievable device for watching video” (Apple, 2010). Once again, with a 4:3 aspect ratio screen, however, this means letterboxing, wasting a large portion of the screen. While you can zoom to fill the whole screen with the video, this means parts of the video on both sides are being cut out. This causes you to lose content and because of this you are not experiencing the full video. The iPad does not provide the best video viewing experience.

The iPad is expected to compete with the Amazon Kindle and other e-readers. What is most unique about these e-readers, however, is not just their portability, or even that you can store many books on them, but the technology they bestow. These e-readers use a technology called E ink, developed in 1997 ("E ink," 2010). What is special about this “E ink” is that it does a very good job of mimicking the experience of reading real ink on paper, along with having extremely low power consumption (“Electronic paper,” 2010). This E ink does not emit its own light, but reflects ambient light, making it considerably more comfortable to read than conventional displays, and can also be easily read in direct sunlight (“Electronic paper,” 2010). The iPad does not use E ink technology, and its bright LED screen may cause eye strain after extended use. In this sense, it cannot effectively compete with the Kindle and other e-readers because it is a completely different type of product, though they do share similar features.

Finally, another downfall of the iPad is how crippled it is. The operating system it runs is no different than that of the iPhone. It only runs the iPhone OS, and the only applications that can be installed on it are those available in Apple’s app store. There is no way to even download an application made for the iPhone from the web and everything must be done through the app store. Interestingly, Apple will not allow any apps in the app store which compete with the default functions of the iPad. This means no alternate web browsers, calendars, etc. If one is unhappy with the calendar application on the iPad, or if they want an email program with more features - tough luck. Furthermore, with no flash support in the browser, this deters one from playing flash games on the web. So if one wants to play a game on their iPad, they must download a game app through the app store. Additionally, with no multi-tasking you can only run one app at a time; with no USB ports, there is no way to plug in any alternate input device, or USB flash drive, among many other utilities; with no camera, there will be no picture taking or video chats; with no video output, its 9.7 inch screen is all there is; with no replaceable battery, when its estimated ten hour battery life starts to degrade, the owner is at the mercy of how long it is willing to hold a charge. The iPad is very limited as to what you can do with it.

Though the concept of it seems interesting, all of its irrevocable flaws are simply too large to look over. There is no way it can compete with netbooks, e-readers, or other tablets. It seems to be awkwardly stuck somewhere in between an iPhone and a laptop, but cannot replace nor compete with either. Additionally, for those who have both a laptop and an iPhone, it just seems pointless. Perhaps once it is jailbroken its true potential may shine. As for now, we will wait until then, or for the next generation, as Apple’s first generation products have generally never been anything to hit home about. Then maybe the iPad will become the “magical” device it aspires to be.